The Thru retention policy service was designed with an emphasis on data protection.

Besides email notifications, the system also shows the effective rule when any user, not only an administrator, navigates through the system.

If the rules are in effect or about to become effective, the system shows a red warning together with the effective rule messages.

You can turn it off for the session by checking the “Do not show for the rest of this session” option.

Alerts cannot be turned off from the Retention tab because it is important for retention administration.

Certain alerts can be removed altogether by turning off UI alerts in the retention definition.

In the following screenshot, the system shows that the file “Collaboration Doc.docx” is subject to a folder-level and to a file-type rule.

The folder level rule will become effective in three days, but the file type rule is already in effect.

Since file rule types are effective side-by-side with the folder-level rule, the file is due for removal (!) because of the file type rule.

The system does not know if the retention administrator does it manually instead of using the Automatic Deletion option.

From the user perspective, a file could be removed at any time after the rule becomes effective. 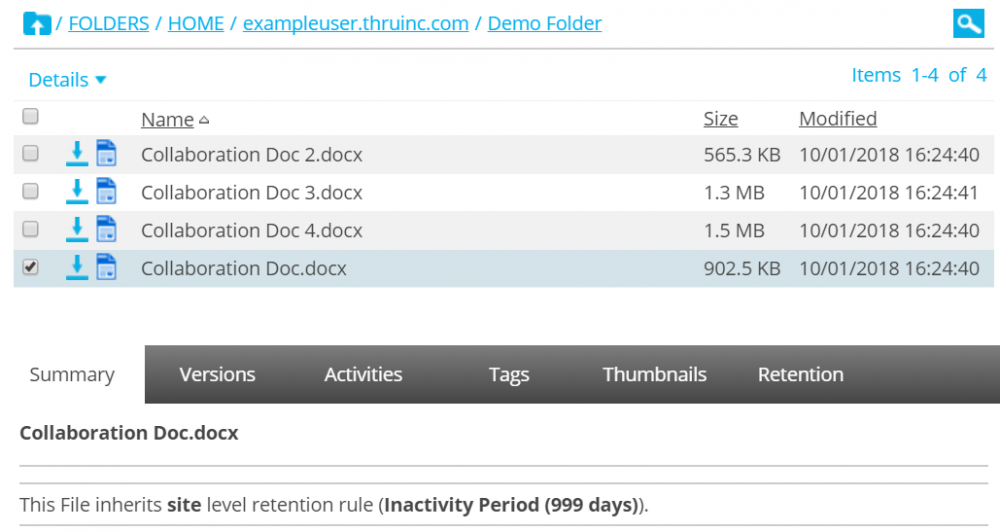 In the next screenshot, by navigating to the user the system shows that there is a retention rule on the group the user belongs to.

In the next screenshot, the system shows that the group is subject to a site-level rule: 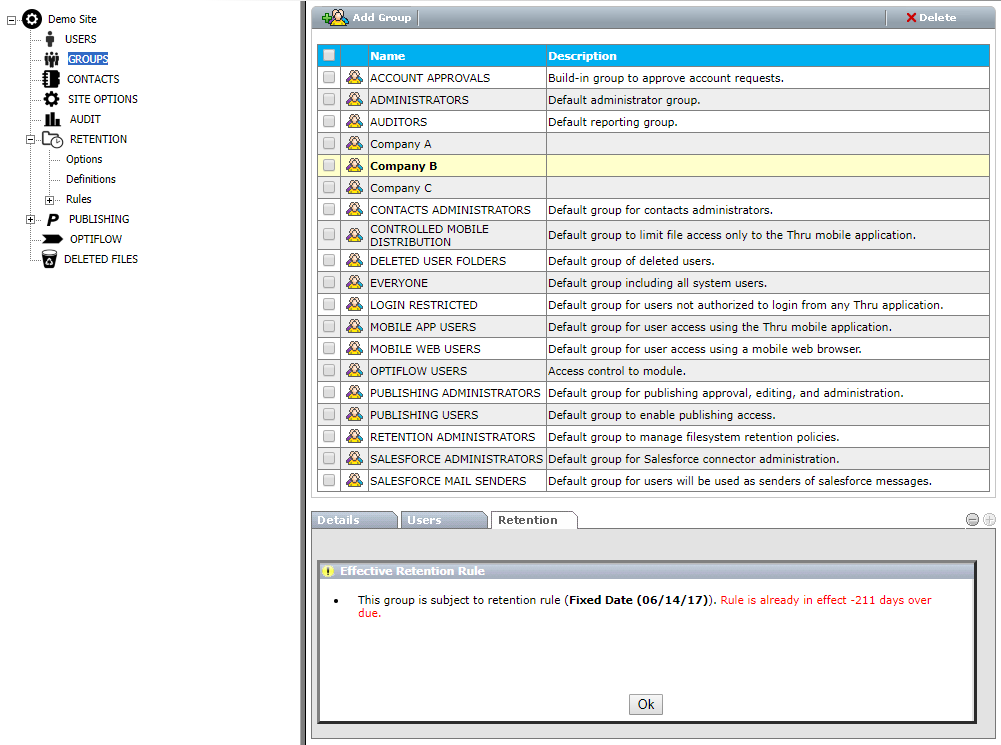 User Exclusive with Other Rules

In this screenshot, the system notifies the user that even though there is a site-level rule, their file is not affected by it because he has an exclusive rule which takes precedence.

This important feature was added to show you what the effective permission will be if you remove the rule BEFORE you actually remove it.

To get this alert, create a site-level rule and a folder rule.

Then, edit the folder rule and change the drop-down value to “no rule”.

The system will show the following warning. After clicking okay, you decide whether to save the change or to cancel. 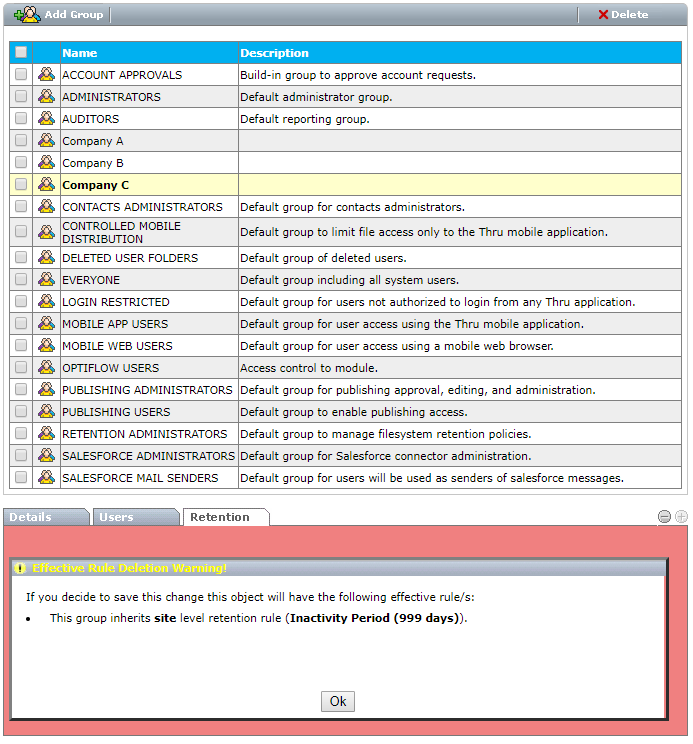